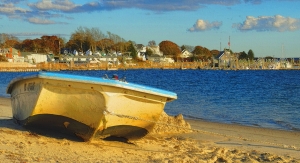 How Do You Measure a Month? My last post was May 5 and here we are, exactly one month later. Anything been going on? Let’s take stock: 1) Any Covid updates? Sure, another 700K cases and 32K deaths. 2) Any more Orange Baby Covid moments? Nope, he’s pretty much moved on. 3) Any more people lose their jobs? A few (million).

Anything else? Not really, unless you want to mention a viral nine minute snuff film. Starring four stout police officers and a black male victim. Which lead to a few (million) people expressing their displeasure (anger, disgust, unity, determination). Which lead to a little (global) support. Which has included 10 days (and counting) of protests. Which lead to a few (literally) unfortunate incidents of looting and arson. Which lead to a few (imbecilic) calls for military dominance. Which lead to a thoughtful (fascist) removal of some violent (not) protesters with appropriate (gas, grenades, rubber bullets, batons, shields) methods. Which lead to a clear space for an Orange Baby to lumber forward with many (white) minions in tow. Which lead to an Orange Baby holding up something he apparently just found (a Bible) and who appeared to be asking if any of his minions had ever seen anything like it. Which lead to a few (billion) people to vomit uncontrollably. Which is leading us to a day in November. Which will either lead us to awaken from this primordial dream (nightmare), or cement closed the door that will keep us in this Wonderland (Hell) for four (or eight or who knows how many) more years.

This Has to End: I cannot and never will be able to understand how a black man must feel when confronted by a policeman. Or an angry white woman. Or white men with guns. Or ropes. This has to end.

One thought on “Life in the Time of Corona #17”